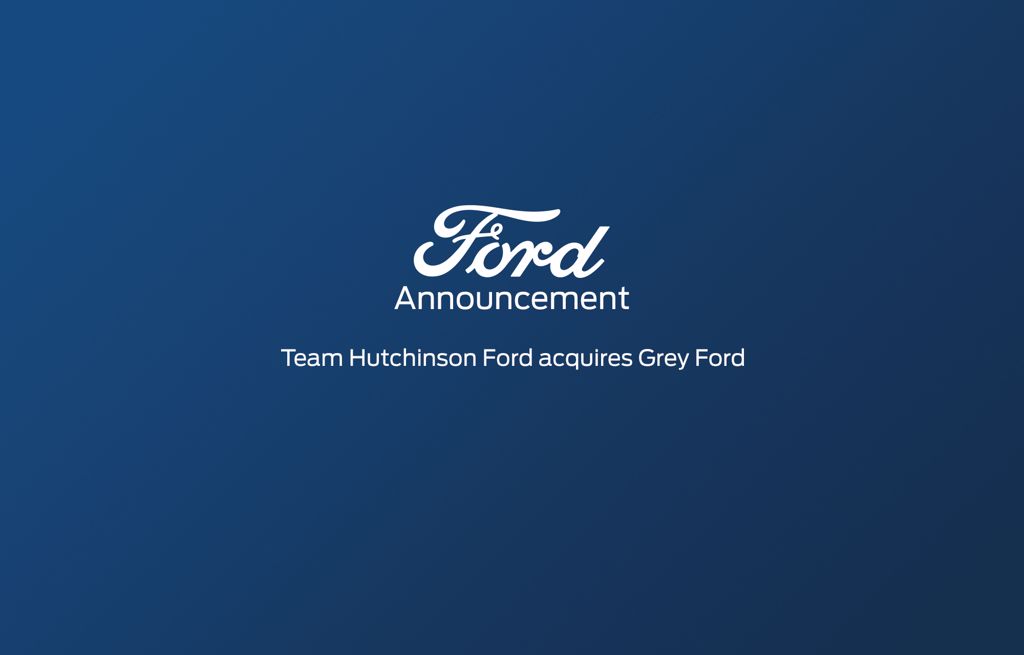 As of July 1 Team Hutchinson Ford will acquire the business of Grey Ford which has been operating in Greymouth since 1922 and has most recently (since 2006) been owned and operated by Neil and Ann Smith.

Team Hutchinson Ford is a subsidiary of the Wellington based Colonial Motor Company; a car, motorcycle, agricultural equipment and heavy truck dealer group operating since 1911.

Grey Ford will continue to serve its valued South Island West Coast customers and trade as Grey Ford – providing sales, service and parts support to local customers and leveraging the support of the hub operation in Christchurch.

Structurally Grey Ford will operate as a branch of Team Hutchinson Ford; a model that aligns with Ford’s hub and spoke market representation strategy to drive scale, efficiency and sustainability.

“We are really excited about the opportunity and pleased to confirm that the strong team at Grey Ford will all be offered employment under the new ownership,” said John Hutchinson, Dealer Principal of Team Hutchinson Ford.

Having been work-in-progress for some time, this change in ownership and operating structure is not a consequence of COVID but represents the desired outcome of all stakeholders.

Ford NZ Managing Director Simon Rutherford said he would like to acknowledge the stewardship of the brand in Greymouth under Neil and Ann’s tenure and wish them well for the future.

View all the latest news from Grey Ford